I am standing at an arbitrary, imaginary threshold that i will cross in a matter of hours. Beginning tomorrow, i will be over thirty years old, and i will no longer think of myself as young. That is strange and scary, because all of my life thus far i have thought of myself as young. And i never will again.

It’s not that i think i’m old. To think of myself as old would be an insult to everyone on earth who is older than i am, and i also think of that as including my future self. She is not old. I don’t really think of any human on this planet as old, because our lives are so very short. Maybe the ones who live for longer than a century are old, but the rest of us don’t even have memories of the first World War. Human history is short, and we who are walking the earth today can remember only a tiny fraction of it. As a species we are extremely young.

But, age is relative. And i’m starting to feel a little awkward in young women’s clothing. The models in makeup ads are starting to look like mere girls to me. Yes, i admit that a large portion of the pain of becoming no-longer-young is due to the increasingly upward comparison that is beauty. But i care about that less than you might think. I placed a lot of value on attractiveness and aesthetics in general when i was a young woman. I was a designer and a photographer, and i allowed myself to love the hell out of being able to see. And yet, i have always preferred the sense of hearing over the sense of sight, as though i had some understanding that there were more important things than aesthetics; more beautiful things than beauty. And lately the more i think about it, the more i realize that sight is just our interpretation of particles of light bouncing off of things. It’s amazing and undeniable how the sight of something beautiful or provocative can affect us, and yet when you think about it, the way things look is not even what they really are. My eyes, for example, aren’t just brown. They’re also myopic and the left one has a slightly enlarged optic nerve, putting me at somewhat of a risk for glaucoma later in life. But you can’t see that and you don’t care about that when you look me in the eye. We know and value what we can see, and oftentimes we value that above what we feel and hear and know. I don’t know quite how to express it, but i’m realizing lately that while what i look like is important because it’s how i interface with the world, it’s not as important as what i know and how i feel, despite society’s natural bias to the contrary. And i’m learning more all the time, and i feel pretty darn good. And, to be honest, i think i still look pretty darn good, too, and will for years to come—even if i don’t look eighteen anymore. 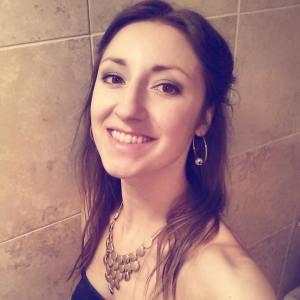 One comforting fact about aging is that nobody is alone in the process. Everyone ages, and everyone does so at the same rate in terms of actual time elapsed. Those pretty young things in today’s ads will be my age in time. If they’re lucky! And i was their age once. I kind of think of aging not so much as passing from one age to another as collecting ages. Because i know what it is to be ten years old, what it is to be eighteen years old, what it is to be twenty-nine. I will (hopefully) always have that knowledge, so in a way i will always be all of the ages i have ever been. Except my baby years, of course. I can’t remember those.

I saw a quote somewhere that said something along the lines of: “never be sorry to grow older; it is a privilege denied to many.” And that’s the main thing. A birthday is a celebration of life, and a milestone birthday is extra special. Look how far i’ve come! I haven’t accomplished as much as i always thought i would by this age, and i think that’s the thing that i see pain people the most about turning thirty. We all set these “thirty by thirty” goals for ourselves, or maybe just a few big things we feel we must accomplish: get married, have kids, get a terminal degree, get our dream job. We set ourselves up for disappointment on this particular birthday for no real reason. Just because humans happen to have ten fingers and probably for that reason settled on a decimal numbering system, which naturally places emphasis on multiples of ten. So thirty is where we stop and look around and ask ourselves if we’ve landed where we wanted to be as adults. I think when i was twentyish, i wanted to have published a beautifully designed book of poetry and recorded a couple of life-altering albums by now. But i never set a hard-and-fast deadline—and that is probably part of the reason that i haven’t created anything of note yet—but it has also kept me from feeling like a failure. I still have some time. I am probably not going to record music, but i still have plenty of time to publish something (probably). And i have made a lot of really good decisions and achieved a pretty great life for myself, so i have nothing to feel sorry about.

I am by no means content, mind you. I once told a friend that i didn’t think i’d ever achieve contentment. I think artists just have restless souls, so to speak, and i think i have an artist’s soul after all. I must create something, because i want to honor and help and contribute to this world in a way that goes deeper than just giving money to my chosen cause. I have a voice and a unique perspective, and i might just have something to say that the world needs to hear. I just need to do a lot of exploring to figure out what exactly that might be and how to say it.

I feel deeply grateful for all of the people who have shown me love on this very special birthday. I am so supported and loved, and it’s touching in a way that makes the tears just spring from me. So you might catch me sobbing if you see me in the next couple of days, but i promise i’m not feeling purely sorry for myself. I am so happy to be turning thirty, because it means that i survived the dark days and the scary car rides and the unknowable risks that come with being alive. I’m still here, and i will never stop being grateful for that. Life is easy and it’s hard and it’s ugly and it’s gorgeous, and i am so thankful for all thirty of my years and for this moment, and for however many future moments i’ll be lucky enough to grasp. I want it all. I love everything.

2 thoughts on “On Turning Thirty”